This technique is easy to perform and no special instruments or materials are required. The MMR records stabilized with this technique remain undistorted till mounting even under high room temperature and can safely be transported to the distant laboratories for mounting. The most important problem is of wax distortion. Even in normal temperature, the chances of MMR distortion are high during transport of the records to the laboratory. The acrylic resin layer applied to stabilize the occlusion rims can be easily removed once the mounting procedure is completed. Hence, the presented technique describes a very simple procedure to avoid unwanted record distortion. The MMR record distortion can only be diagnosed at the try-in appointment. A new MMR record is required in situations where the mounting is done with the distorted MMR. Hence, to avoid repetition of the procedures and to save patient and clinician's time, the described technique is much helpful. There is no disadvantage of this technique except the additional time required for sealing the occlusion rims with acrylic resin. Further research is suggested to evaluate the accuracy of this technique compared with conventional techniques. 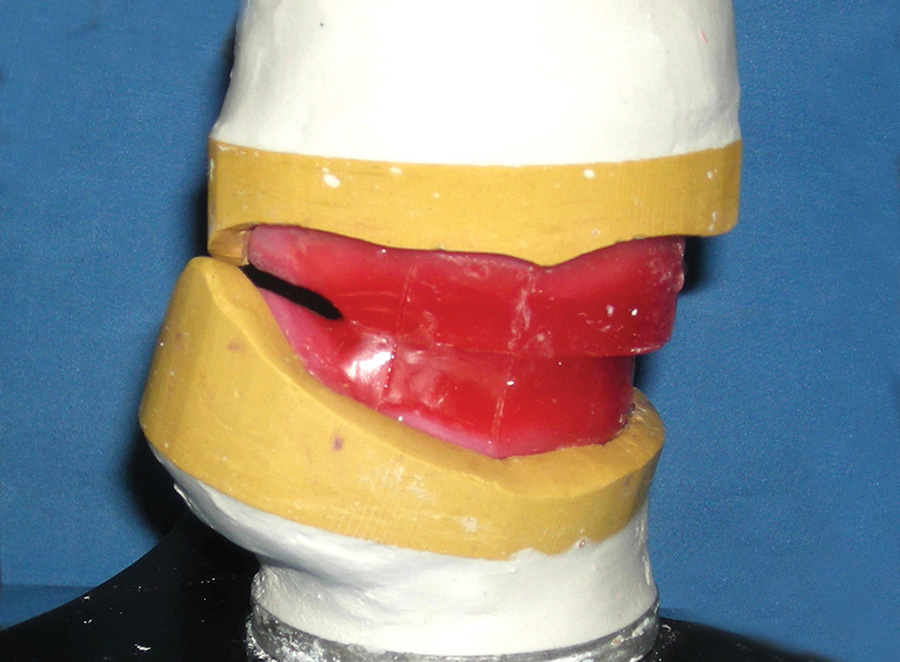